LEGO Ninjago has given the entertainment landscape a fantastical martial arts animated movie and a handful of Ninjago TV shows that have skyrocketed to popularity around the world.

With them have come a lot of LEGO Ninjago sets, including some pretty massive ones.

In fact, there are enough big sets to make a list of the Top 7 Biggest Lego Ninjago Set out there, all coming from the LEGO Ninjago TV shows, the LEGO Ninjago movie, and the latest Ninjago Legacy sets.

Let’s run through all the entire LEGO catalog of Ninjago sets that are super large and in charge.

The LEGO Ninjago Masters of Spinjitzu: Final Flight of Destiny’s Bounty was one of the original big LEGO Ninjago sets released and one that’s been re-imagined several times since.

With its ship setting and nine mini-figures, it’s become an iconic LEGO Ninjago set and one that’s done nothing but increase in value on the collector’s market.

The LEGO Ninjago Masters of Spinjitzu: Dragon Pit continued the LEGO Ninjago trend of going big with sets with lots of minifigures and the occasional dragon included.

At an original list price of $129.99, an investor got plenty of pieces and mini figures at a reasonable $0.09 a brick.

In addition, its value has also continued to go up, although not on the same level as Destiny’s Bounty.

The LEGO Ninjago Masters of Spinjitzu: Temple of Airjitzu is one large & MASSIVE set.

At over 2000 pieces and 13 minifigures, the Temple of Airjitzu has become one of the most iconic Ninjago sets, and possibly one of the most exotic in appearance and functionality.

Plus, the value has increased significantly over time, regardless of an absence of dragons.

The LEGO Ninjago Movie: Destiny’s Bounty sees the return of the famous Ninjago vessel, this time with over 1000 more pieces.

Yes, it has fewer minifigures as ninja characters than the original version.

There is another noticeable absence of dragon (unless you count the 2 dragon heads on the boat), but it makes up for it with incredible attention to detail, which makes for one beautiful piece ready to battle the forces of evil.

The LEGO Ninjago Movie: Ninjago CITY Docks was originally released at $229.99 and $0.07 a brick.  You also got 14 minifigures, including 11 ninja characters.

In addition, the set includes pretty much everything but a blacksmith shop, an actual LEGO shop or Harry Potter’s Diagon Alley.

Not to mention its value has more than tripled since release.

Still, though, this set comes with a whopping 19 minifigures of which 16 are unique to the set.

You also get three complete levels that are separable; Lloyd Garmadon in casual clothes, his Green Ninja suit (but no Green Ninja mech), and an elevator specific to the set.

All together, the close to 5000 pieces bring a wide variety of detail and figures for brick fanatics everywhere.

The LEGO Ninjago Legacy: Ninjago CITY Gardens is the largest Ninjago set and a celebration of Ninjago’s 10th anniversary reserved for expert builders..  It also comes with a golden Sensei Wu.

With it comes 5685 pieces that place it in the realm of other large sets, like the LEGO Taj Mahal and Camp Nou – FC Barcelona sets.

In the set, you’ll find such things as a retail shop and a Ninja Zone arcade.

Get it while it is still available at its original retail price, the value should eventually mirror Ninjago City‘s.

There you go, the seven biggest LEGO Ninjago sets out there.  Maybe you already have a couple of them and maybe you’re looking to start investing.

Rest assured, though, investing in any of these sets will land you a wide variety of highly collectible LEGO sets that are both adult-focused sets while also fully embracing the Ninjago world as a whole.

A world whose value continues to rise.

What is the biggest LEGO set ever?

The largest LEGO set ever based on number of pieces is the LEGO Art World Map with 11,695 pieces.

The largest LEGO set ever based on size is the LEGO Titanic authentic replica, at 18″ high, 7″ wide, and 54″ long. 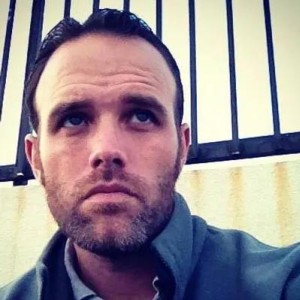 Erik Williams
Erik loves to write about his thoughts as an AFOL. He is a Lego Dad & enthusiast who routinely chases his kids away from his LEGO sets. He really wants the Titanic set as a gift, if anyone wants to send one his way.
Brick Finds & Flips