This is a review of LEGO Ninjago set 71781 Lloyd’s Mech Battle EVO! This set is a part of the Ninjago: Core wave that officially releases on January 1st, 2023, and contains 2 minifigures: Core Golden Lloyd and a Bone Warrior.

Official LEGO Description:
Kids aged 6+ will be excited to learn all about the fantasy action world of LEGO® NINJAGO® through building and playing with Lloyd’s Mech Battle EVO (71781). The playset features 2 posable mechs, both armed with cool weapons, so kids can stage gripping battles. Kids can upgrade Lloyd’s mech with golden armor and wings to help him triumph.

The best toys for kids – with an extra reward!
This LEGO NINJAGO battle set comes with 2 minifigures: Golden Lloyd and his enemy Bone Warrior, who can both ride in the cockpits of their posable mechs to fight epic battles. For succeeding in their challenge, kids are rewarded with a collectible Resilience banner.

A fun digital experience for LEGO fans
Let the LEGO Builder app guide you and your child on an easy and intuitive building adventure. Zoom in and rotate models in 3D, save sets and track your progress.

Ninja battle toy – Kids aged 6+ can enjoy imaginative play and endless ninja battles with this LEGO® NINJAGO® Lloyd’s Mech Battle EVO (71781) playset
2 minifigures – This NINJAGO® set comes with 2 minifigures: Golden Lloyd with a golden sword, and Bone Warrior armed with 2 shurikens, so kids can stage all-action clashes
Upgrade the mech – Kids can upgrade Lloyd’s mech with golden armor and wings to help it take down Bone Warrior’s mech, which is armed with a large weapon and a hat that can be used a shield
Collectible banner – When kids succeed in their challenge and win the battle, they are rewarded with a Resilience banner to display from a pole on Golden Lloyd’s mech
More ninja action – Look out for Cole’s Earth Dragon EVO (71782), Kai’s Mech Rider EVO (71783), Jay’s Lightning Jet EVO (71784) and other sets in the LEGO® NINJAGO® range
Build and play – This 223-piece playset lets kids aged 6+ build as they play out adventures in NINJAGO® City and can be given as a birthday present or everyday gift
Display and play – Standing over 7 in. (18 cm) tall, this mech toy can be displayed by kids in their bedrooms between quick play sessions
A new way to build – The LEGO® Builder app guides kids on an intuitive building adventure. They can save sets, track their progress and zoom in and rotate models in 3D while they build
Quality guaranteed – For more than 6 decades, LEGO® bricks have been made to ensure they connect easily every time
Always in safe hands – LEGO® building bricks meet stringent global safety standards

Check out my Pokemon Channel! – https://www.youtube.com/channel/UCEq4jkAoBTH29my-b0ygAVg

Check out my Merch! I have clothing inspired by both the channel and Ninjago! – https://teespring.com/stores/BricksByMind

A huge thank you to my channel members: 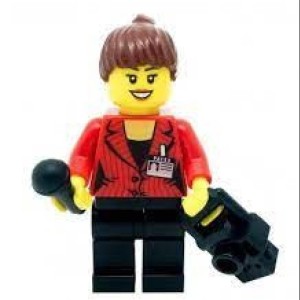 Staff Reporter
What can we say? We love Lego, we love news. So what happens when you combine both of those together. Well you can guess!
Brick Finds & Flips