The Botanical Collection has been one of Lego’s quickest growing model design since the first 2 sets were released on 1st January 2021.

So far, the Lego community has shown a lot of excitement for this set as it is slightly more familiar plant than the Bird of Paradise set. Especially adult fans of Lego.

But how well has Lego brought to life the iconically beautiful, delicate real orchid flower?  What does this set, Stranger Things, and a frog have in common?

The box in which the orchid set comes in is a work of art from in itself. Even if you do not plan on reselling the set for a profit, it would be worth keeping the box intact just to look at.

With an age rating of 18+, Lego & designer Michael Psiaki has gone for a more sophisticated feel to this set.

Much like other 18+ targeted Lego sets, the orchid box front features the Lego orchid in its fluted vase posed against a plain black background.

The back of the box shows a close-up of the faux plant, highlighting the extreme detail in the stems, pink flowers, blooms and petals.

Though the box itself is kept plain and dark, once you open the box there is an immediate burst of color.

608 pieces are split into 4 bags with an instruction booklet a size usually more suited for bigger sets.

However, part of the reason that the instruction manual is so thick is because it has little pieces of information spread throughout the booklet. Some about the real plant, others about relevant Lego-related facts about this beautiful plant display.

For a beginner, this botanical Orchid set may seem like an intimidating build. Especially when first building the plant’s rotating blue vase.

However, though the techniques used in the build are very innovative and creative, they are clearly explained in the instruction booklet.

Unless you are an experienced builder, this set could take up to 60 minutes to complete.

But if you are used to complicated builds, then you may be able to bypass some of the basic complications to complete the set quicker.

The vase (which acts as the base and anchor point for the orchid) is the most difficult part of the build.

Once you get onto building the stems, roots, and flowers of the orchid, the build becomes a lot simpler and is a satisfying experience. Even though the techniques used are still very creative.

You may even notice that there are pink frogs & a Stranger Things Demogorgon minifigure used for the orchid flowers. Designer, Mike Psiaki and the Lego team got real creative with those Lego elements

Like all of Lego’s Botanical Collection sets so far, this orchid model building project does not include any Minifigures.

Still, that does not mean that the set lacks character.

The orchid itself is a stunning work of art that any plant lover would enjoy. It uses a combination of fully bloomed flowers and smaller flowers to make the plant seem like it is alive and still growing.

You can place the orchid either by itself or with other combinations of flower arrangements and it will still stand out as a fun and beautiful flower full of life.

Out of all of the Botanical Collection sets that Lego has produced, this orchid is arguably the most beautiful.

The finished orchid has a real sense of sophistication that lives up to that of a real orchid.

As such, it will look just as good on your coffee table as it would nestled amongst your other Lego Botanical pieces. Or even amongst other real-life plants.

For the stems of the plants and the various bits of details at the base of the orchid, various Lego Technic pieces have been used.

This means that you are able to adjust the plant to better suit your preferred display arrangement.

The orchid itself sits in a sand blue, rotating Lego pot.

If you have plenty of Lego pieces to hand then you could change out these sand blue pieces for your preferred color.

However, seeing as not everyone has multiple pieces of various colors to hand, the set’s designers have ensured that the sand blue can be matched with plenty of other home decors.

It is not a bright color nor ugly, allowing for plenty of places to display the final orchid.

For 18 + beginner Lego builders or adult fans of Lego who are looking to push their Lego building techniques, this set is well worth the $49.99.

A lot of the building methods used have been seen before in other less complicated sets. But how the set designers have incorporated them into this build will make you look at each piece in a whole new light.

The person who would most benefit from this set is an adult Lego fan who has a love for flowers and nature.

Or someone who wants to brighten up their home but can never seem to keep a plant alive.

In other words, not children.

Unless you have a child who is interested in learning unique Lego techniques, this set will not only be too complicated for the average child to complete but also quite boring.

You could always build the set with your child as a bonding activity but once the set is complete, it will quickly lose value to a child.

Compared to the Lego Succulents set, the Lego 10311 Orchid set will be a slightly more expensive investment based on its price per piece cost.

As of now, it is unclear whether the extra 8 cents will allow for a good enough profit margin to invest in.

However, judging from the other botanical lines, this set may be a profitable investment.

Because the designers of the set have used such unique techniques to bring their vision to life, a lot of rare and unique pieces have been brought out of the Lego archive.

Other rarer elements in include 32 sand blue 2 x 4 double slope pieces which were last used in 2014. Though, there are currently no listings for the pieces on Bricklink.

Dark green pieces are not the easier to come by in the world of Lego. At the time of publishing this, there are only 923 dark green pieces listed on Bricklink compared to 2238 green listings.

Because of this, it is likely that this set will part out for marginally more than its retail price and will make a sound investment.

Some confirmed set pieces included the 4 dark green 10 x 3 wedges (2 left and 2 right). These have not been seen in a set since the 2009 Lego Indiana Jones 7683 Fight on the Flying Wing set.

Overall, this Lego Botanical Collection 10311 Orchid set promises to be one of the most beautiful sets that Lego has ever produced.

It may not be one of the most fun gifts but it is a remarkable gift.

It is not suited for children (rated at 18 +) as it is not entertaining the same way that other sets are.

However, for anyone who wants to learn some new Lego building techniques or wants to liven up their home, this set will do just great.

How Many Pieces are in Lego Botanical Collection 10311 Orchid?

There are 608 pieces in the Lego Botanical Collection 10311 Orchid set.

How Long Does It Take To Build Lego Botanical Collection 10311 Orchid?

How Much Does Lego Botanical Collection 10311 Orchid Cost? 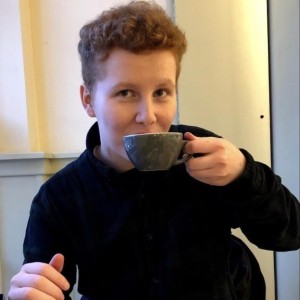